We’ve been running our first ever Sweetheart Proposal Contest since October 30th!  You, the reader, have heard proposal stories from people we know and love.  We have been sharing them with you in hopes that you will share your proposal story with us.  We have started collecting proposal stories from our readers and facebook fans.  The winner will be announced on Valentine’s Day.  (That’s Feb.14, for all you guys that don’t know!) You have until February 12th to get yours in!

So what’s in it for you?  Our favorite proposal stories will be featured on our blog and Facebook.  Our top pick story will receive a $100 European Goldsmith gift card to spend any way you choose!  So tell your friends and family and send in your proposal story!  If you like, include a picture of your ring(s) or an engagement or wedding photo too.

So here is our fourth proposal story about Karen and James…

Karen worked as the Food & Beverage Manager at a country club in Alberta, she loved her job and jumped at any opportunity to further her knowledge. One day the GM of the country club called her in for a meeting to tell her she was going to be sent to Vancouver to meet with the GM of a country club there who was going to mentor her for a few days. She was thrilled for the opportunity and of course to have an all expense paid trip to the coast, where her family was living. She had lived in the praries for over 10 years and hadn’t been back home for a long time. The first thing she did was call her boyfriend James to tell him the good news, and then her sister to tell her to book the weekend off…She was coming to town!!!

James was a little hurt that Karen was skipping town for the weekend.  His beer league hockey team had booked the NHL ice for a game on the exact night she was to fly out.  James was excited to get on NHL ice and was even more excited to show off his moves to his beautiful girlfriend- who was supposed to be in the stands cheering him on.  Lucky for Karen, James was very understanding and knew just how important her job was to her, so he said ok and agreed to take her to the airport. 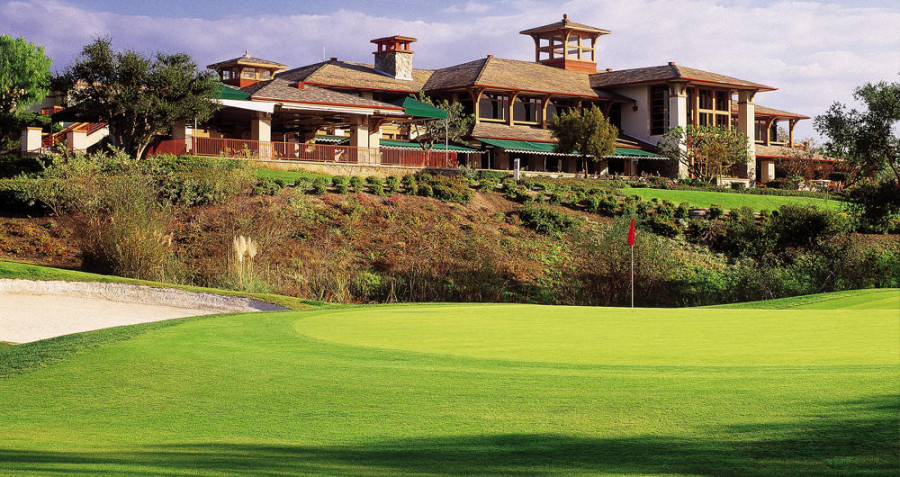 The big day finally arrived and Karen’s boss handed her the tickets and hotel reservation. James drove her to the airport on his way to the rink. He gave her a kiss and said “I love you” then headed off to his big game. Karen landed safe and sound in Vancouver and was greeted by her sister who she hadn’t seen in months. The two of them stayed up all night at the hotel talking about life and love and everything in-between. In fact, the two of them stayed up so late that Karen was almost late for her meeting the next morning, but she made it on time…barely. Karen arrived at the country club where two men greeted her at the door and lead the way to the GM’s office. As Karen was passing by the secretaries she noticed them giggling, she started to get confused.  She looked behind her….”Nope, no toilet paper stuck to my shoes” she thought.  They arrived at the GM’s office, and instead of one of the two greeters or the giggling secretaries letting the GM know she was there, they just opened his office door a little and instructed her to go in. Now it was getting even weirder.

Once she is in the room she could see the GM on the phone and with his back to her. How rude. She glanced around the office, then noticed a video camera set up in the corner with the recording light ON! Now not only is guy rude, but he was warped too! What was going on!? Karen glanced back at the GM; he was still on his phone. She couldn’t see his face or hear him, he must have been listening to the person on the other end of the phone… Then she the noticed his elbow…Yes his elbow of all things! That sweater looked awfully familiar, just like the one she had bought James for Christmas. Karen was still confused at this point, a rude GM wearing her boyfriends sweater…Without thinking Karen quietly said “James?”.

Busted, he put the phone down and turned around.  He opened a ring box with a truly stunning ring and said “Will you marry me?”.  Karen was shocked! This was not what she had expected at all, and right there and then she started crying. They hugged and laughed and cried. Eventually he reminded her that she hadn’t quite answered him yet, to which Karen replied, “Yes!!!  Yes!!”

The GM (who turned out to be one of the greeters) eventually intercomed in and said he needed his office back …..so they headed out.  The two of them stopped by Karen’s sister’s work and then tracked down the rest of Karen’s family to tell them the news.  Karen had come from a large family and was the first to get married, so the evening ended up with a big family dinner, champagne and all.

Looking back, Karen recalled that the NHL ice time was a hoax… James’ overnight bag was hidden inside his hockey bag when he drove her to the airport and his flight had left an hour after hers. His Mom knew about the ring but he had a synthetic one sitting in its place in case she would notice it was missing.  And the Vancouver destination was chosen because he knew it would be important for Karen to celebrate with her family.

Karen and James have been happily married nearly 20 years!

Thanks for submitting your entry Karen and James!   Now that you have heard three of our stories, we want to hear yours!   Message us on our Facebook  page or e-mail your story to sales@europeangoldsmith.com.   Our submission deadline has been extended!  You now have until February 12th to get in your proposal story!