Happy Valentine’s Day! We’ve been running our first ever Sweetheart Proposal Contest since October 30th! You, the reader, have heard proposal stories from people we know and love.  We have been sharing them with you in hopes that you will share your proposal story with us.  Since then we have been collecting proposal stories from our readers and facebook fans.  Today is the day where we announce the winner!

Our top pick story will be receiving a $100 European Goldsmith gift card to spend anyway the winning couple chooses!

So here is our proposal story winner!!!

Jon and Sam had been dating for two years; they knew something was right about their relationship because they had been living together for most of those two years.  Jon knew that he wanted to propose and had picked out an absolutely stunning ring to give to the love of his life; all he needed was the perfect day.

That perfect day came sooner than he had expected.  Saturday February 8th (2014), in the midst of a cold snap, the sun came out to provide the optimal conditions for Jon to ask the question of all questions.  Sam usually worked on Saturdays, so it was a rare occasion that she was off on the same day as Jon.  They decided to spend the day together under the blue sky and go ice fishing together.  Fishing is Jon and Sam’s favourite outdoor date and something they love doing together.

Once they had made their four wheeled adventure through the mountain snow they arrived to a sparkling blanket of snow covering Pinaus Lake.  Jon and Sam carefully picked the spot in which they would set up for the day.  The two of them got their gear ready and once the two of them had been in their shack for a bit and with no luck, Jon decided to go out and drill another hole outside the shack just for “luck”.  Now that Jon was out of sight he could get ready for what he was about to do.  The first thing Jon did was trickily wrap the fishing line around his boot so he could get a convincing bend in his fishing rod. He then excitedly yelled out to Sam, “I got one babe! Come out and see this beauty!”  Sam came running out to investigate Jon’s prized trophy fish only to see Jon down on one knee.  Jon had the beautiful ring ready to go and once his nerves got out of the way, Jon was able to mutter out, “I love you Sam.  Will you be the greatest catch of my life and marry me?”   Sam was completely surprised with Jon’s proposal but managed to stumble out “uh yeah…” with a quizzical look on her face.  Sam was shocked, she hadn’t been expecting this and was slightly disappointed that Jon hadn’t caught a fish… But was more than ecstatic to be engaged to the man of her dreams! 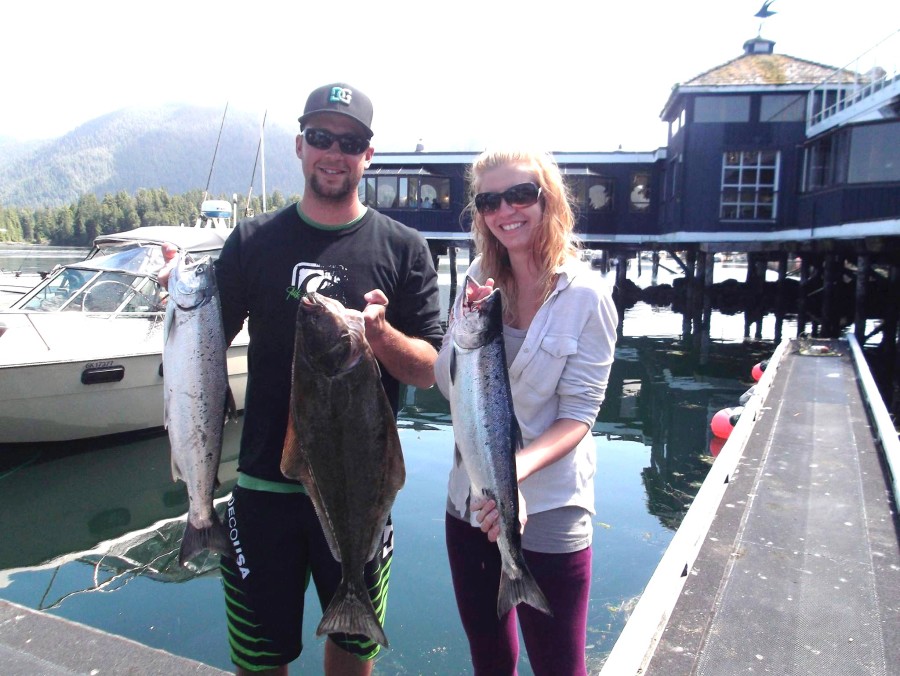 The two are now happily engaged and on the road to spending the rest of their lives happily ever after.

A big congratulations to the newly engaged couple and the winners of our first ever proposal contest!!!  We hope that our proposal stories have touched your hearts and helped give some romantic ideas on how to pop the question.  Happy Valentine’s Day!!!