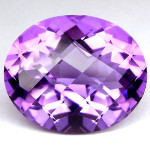 Since 1912, the birthstone for the month of February has been the amethyst. It is also the gemstone for the 6th wedding anniversary. Amethyst has long been associated with royalty due to its deep violet hue, since the beginning of history it has been used to adorn powerful monarchs and rulers and has long been considered the gemstone of the bishops.  Fine amethysts are featured in the British Crown Jewels, and were also a favourite of Catherine the Great and Egyptian Royalty. Legends suggest that the Egyptian queen, Cleopatra wore and amethyst ring, as well as Saint Valentine, who wore an amethyst engraved with the figure of cupid.

Amethysts used to be qualified as one of the precious stones, along with sapphire, ruby and emerald, but that was only until large deposits were discovered in Brazil and Uruguay in the first half of the nineteenth century, reducing its stature to semi-precious.  Although the major sources of amethyst are found in Brazil and Uruguay. They can also found in Africa, Canada, India, Madagascar, Mexico, Burma, Russia, Sri Lanka, the United States, Italy and Germany.

Amethyst is part of the quartz family and even though amethyst isn’t a rare gem any longer, it is the most valuable of the quartz. Amethyst is the only gemstone whose primary color is violet. It can show all the hues violet has to offer from the lightest lavender to the darkest purple. The dark rich purple amethysts tend to be more valuable than the lighter lilac shades. Amethyst can be founds in many different cuts and sizes, one of the largest cut amethysts in the world is 343 carats and is housed at the National History Museum in London. Since amethyst is a form of quartz it rates as a 7 (ranging from 0 to 10) on the Mohs (hardness) scale, which means it has a very good hardness.

The word amethyst comes from the Greek work “amethystos” meaning sober.  The ancient Greeks associated amethyst with wine and they believed it had the power to protect from intoxication.  The association of amethyst with sobriety has a long tradition that continues to this day.  The Catholic Church regards amethyst as a symbol of spirituality and piety, which is why priests commonly wore amethyst rings.  Amethyst is also associated with stability, balance, peace, courage, inner strength, and a calm disposition.

The beautiful color of your amethyst will last indefinitely, if the gem is properly cared for. As with all gems, protect amethyst from scratches and sharp blows and extreme temperature changes.  Some amethyst, whether treated or not, may fade in color if exposed to heat or to sunlight for extended periods. Because of this, amethyst should not be worn while sunbathing or using a tanning bed. Amethyst can be cleaned with most commercial jewellery cleaners or mild soap and water using a soft brush.  Be sure to rinse and dry your jewellery thoroughly after cleaning. We recommend having your jewellery checked and cleaned at least twice a year.  Of course, we are happy to do this for you at no charge!! 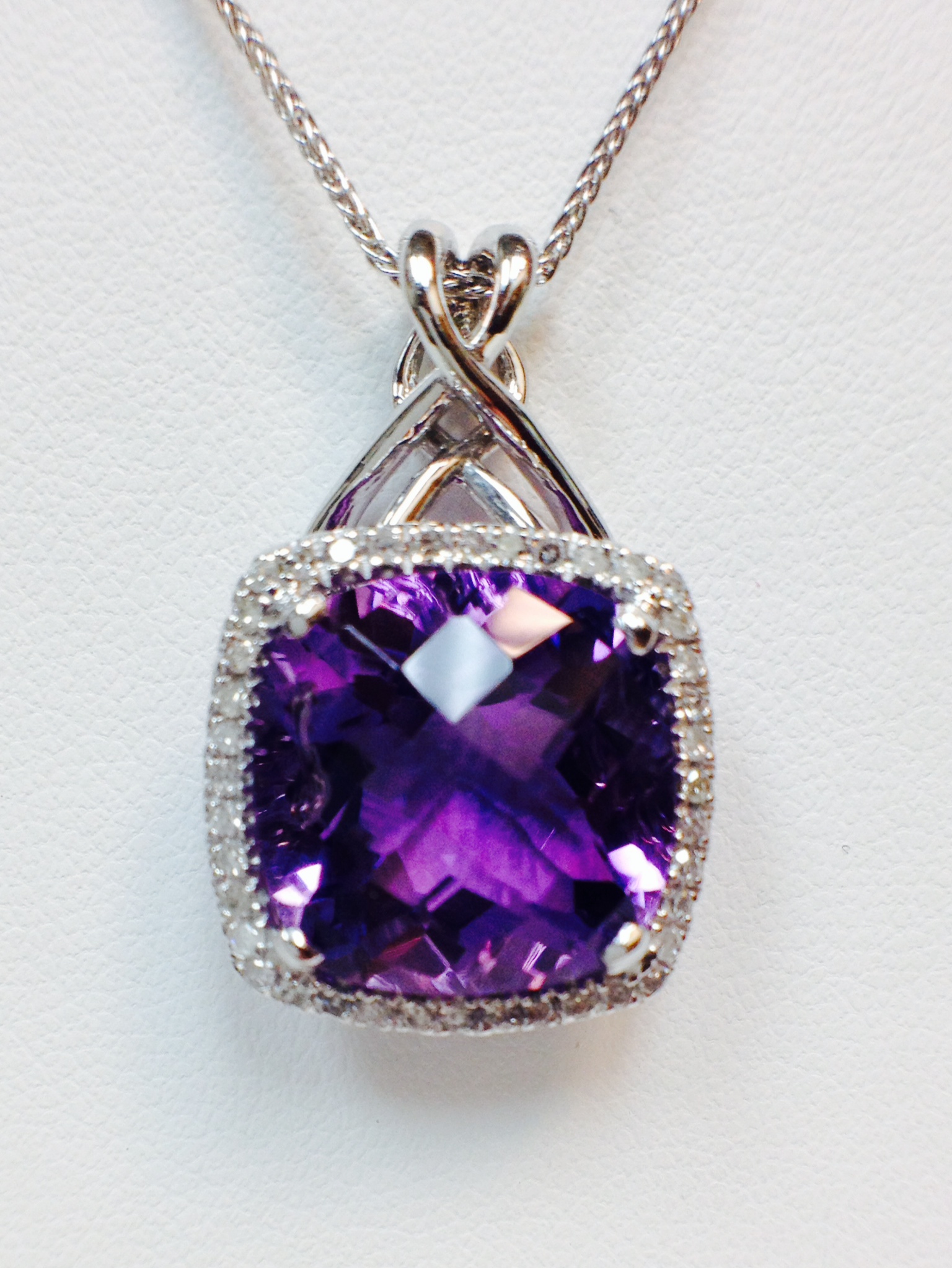