As you may already know, as of October 30th through to January 31, 2014, we are running our first ever Sweetheart Proposal Contest!  You, the reader, are going to hear stories about real proposals.  And all from people we know and love!  We want to share them with you in hopes that you will share your proposal story with us.  We have started collecting proposal stories from our readers and facebook fans.  The winner will be announced on Valentine’s Day.  (That’s Feb.14, for all you guys that don’t know!)

So what’s in it for you?  Our favorite proposal stories will be featured on our blog and Facebook.  Our top pick story will receive a $100 European Goldsmith gift card to spend any way you choose!  So tell your friends and family and send in your proposal story!  If you like, include a picture of your ring(s) or an engagement or wedding photo too.

So here is our second proposal story about Tracy and Ben…

It was a cool October morning… 3:00 a.m to be exact.  Tracy and Ben had just finished dropping some friends off at home after a night out. They had decided to make a pit stop on the way home to grab a slice from Nic’s Pizza, which was a dive, a real hole in the wall pizza joint.

They grabbed a table and Ben grabbed a beer, which was totally out of character for this 24 year old who was perpetually the designated driver on nights out. Tracy was a cute shy 21 year old.  She and Ben had been together for sometime and she knew things were getting serious.  She just didn’t realize quite how much until Ben started quizzing her.

The conversation started off as any other conversation might at 3:00 a.m, “Did you have a fun night?” “How’s your pizza?” Then Ben started asking… “Theoretically… What do you think about kids…?” “Do you want a house?” “Would you move..?” Tracey must have answered all the “theoretical” questions correctly, because next thing she knew Ben looked her in the eye and said “Well, I guess we should get married!” Slightly stunned and excited Tracey agreed, although he never officially asked her, “Will you marry me?”.   It was more so decided upon then anything.

Tracy had been instructed by Ben not to tell anyone of their pending engagement, because even though Tracy had said yes, he wanted her to be sure about it and think on it until Christmas as she was still quite young.  Tracy had time to think about her engagement to Ben and really thought about what it would mean to be married to the sweet man who sort of “popped the question” at a late night pizza joint.  The more she thought about it the more excited she got.  She couldn’t imagine living the rest of her life without this special guy.  Christmas day came around and she told Ben that she wanted nothing more than to spend the rest of her life with him. He gave her a beautiful ring that day and they have been together for 33 years. 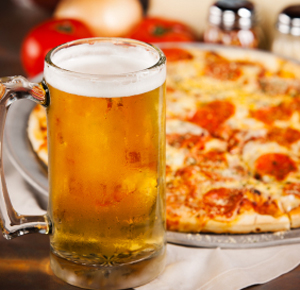 Thanks for submitting your entry Tracy and Ben!!   Now that you have heard three of our stories, we want to hear yours!   Message us on our Facebook  page or e-mail your story to sales@europeangoldsmith.com.   Our submission deadline has been extended!  You now have until February 10th to get in your proposal story!

Read our first two stories, click on the links!