Aquamarine is a very clean gem, free of many visible impurities unlike it’s counter part emerald. It has a beautiful glass-like luster and is most famous for its amazing sea-blue colors, which range from light to dark blue.  It is no surprise that the word ‘Aquamarine’ comes from an old Latin expression, which means ‘seawater’. The most valuable and desirable aquamarine is one that has a deeply saturated blue.

The largest cut aquamarine to be recorded is the ’Dom Pedro’, weighing in at 26kg that’s 57lbs! Bernd Munsteiner a gem stone designer cut it in Germany in 1992.  The largest aquamarine stone ever found was 243lb and was found in Marambaya, Brazil in 1910. It was mined and cut into many gems, a total weight of more than 100,000CT! Now that’s a big rock!

The leading producer of aquamarine is Brazil, with many mines spread throughout the country. Other areas where aquamarine is sourced is, Australia, Burma, China, Kenya, Madagascar, Mozambique, Namibia, Nigeria, Pakistan, Zambia, Zimbabwe, U.S.A, and most recently Karur, India has become one of the biggest suppliers of aquamarine.

Like every gem stone in history there are cases of mythology and crystal healing powers associated with the gem and aquamarine is no different.  According to Old Norse and Old Icelandic legend aquamarine originated in the treasure chest of mermaids, and has since been regarded as the ‘the sailors luck stone’.  Since the word aquamarine is a term for seawater in Latin it is no surprise that is has a long tradition of being a stone for those who spent much of their time at sea. The Greeks and Romans also knew aquamarine as the sailors gem as well, using it to ensure the safe and prosperous passage across many stormy seas. The healing powers of gems remains a controversial issue. Whether it is factual or a placebo effect, it doesn’t really matter so long as it helps the people who need it.  Aquamarine is said to help arthritis, eye inflammation, sore throat and varicose veins.

So if you choose to believe in the legends that surround aquamarine or choose to wear it to fight off different ailments of the body, it cannot be disputed that aquamarine is truly a beautiful and unique stone. 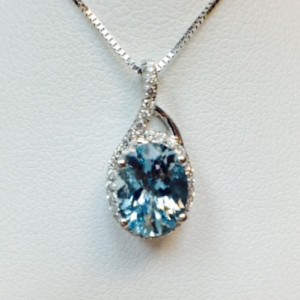 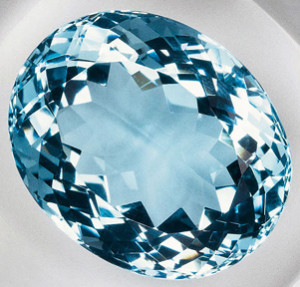 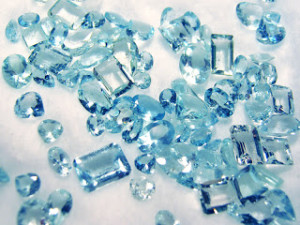