How Kelowna’s European Goldsmith Got Started

As a teen, John Berg developed an unusual hobby. At just fifteen years old, he was already interested in wood carving when his father met Josef Udvardy, a famous woodworker who agreed to allow the teen to shadow him for a day. As it happens Josef wasn’t just a gifted wood worker; He was also a talented goldsmith from a respected family of Austrian jewellers. His family had crafted the Austrian crown jewels and were renowned for their clock-making skills too. 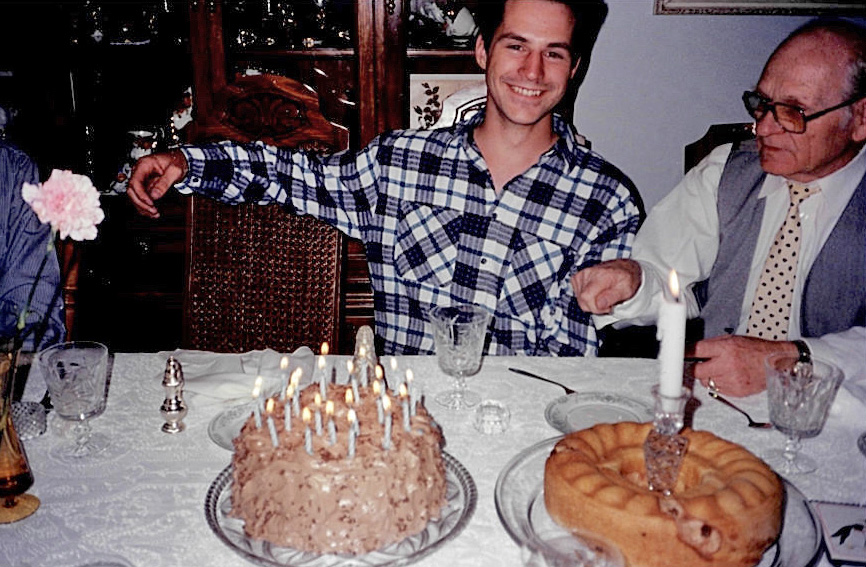 Josef was an integral part of John Berg’s life. Here the two are pictured at a young John’s birthday, along with the teen’s “imaginary girlfriend”.

During his first meeting with Josef, John sat and watched the renowned woodworker for 5 hours and underwent hand tests to assess his dexterity. When his father returned to pick him up, Josef told him that of all the tests he had done, in all of the years that he had been teaching, he had never seen hand skills like John’s. With the news of their son’s natural talent, John’s parents bought him the tools necessary to begin learning the goldsmith trade. The teenager was taught on a one-on-one basis and was issued a certificate that recognised him as a master goldsmith, per the European tradition. 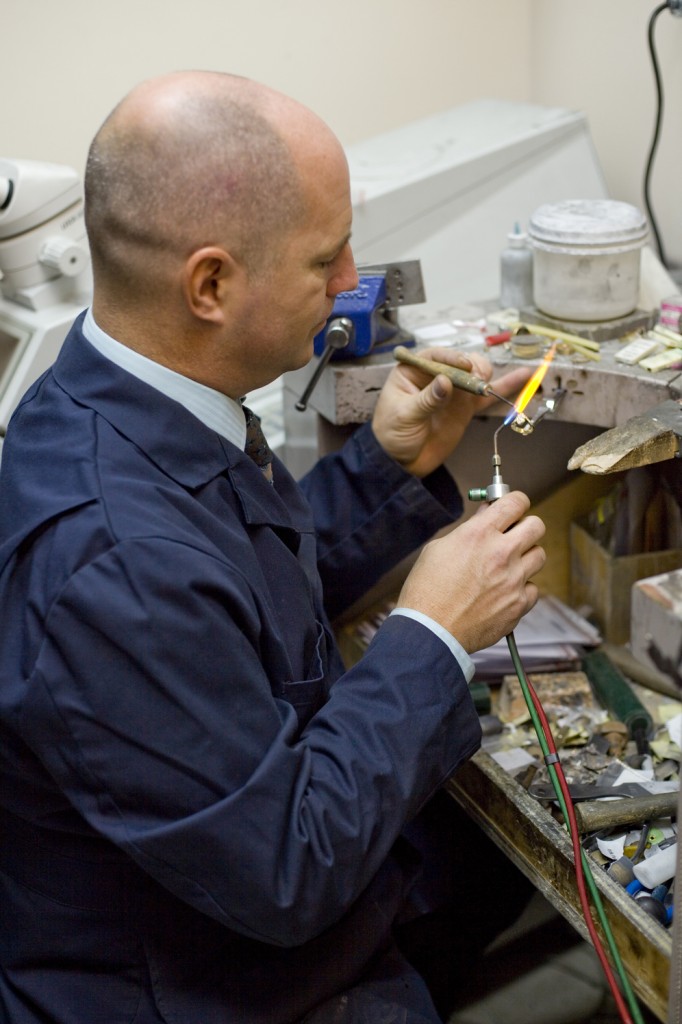 John Berg is pictured working at his goldsmithing bench.

“I started goldsmithing on my own in grade 9. By the time I was in grade 12, I was doing a lot of high-end, custom jewellery for Calgary jewellers, including Brinkhaus and Goldschmiede, the high-end stores in Calgary,” explained John Berg. Back then, as one of two goldsmiths in Calgary with the skills to pave set diamonds the way they were meant to be set, John became the go-to for those special clients’ pieces.

Several years later, John would meet Kim and, just a month after they said ‘I do’, the couple fled the cold Calgary winters and moved to Kelowna. In business, you have to be prepared to answer the knock of opportunity and so, just a year after they moved to Kelowna, the newlyweds purchased a jewellery store in Orchard Park Shopping Centre and started European Goldsmith. 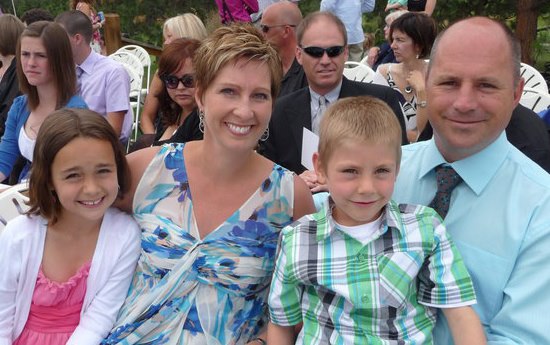 Through their jewellery store, European Goldsmith, John and Kim Berg are able to place an emphasis on their family.

“We had nothing. We had a hair of equity, just enough to buy our first house. We had a $4,500 credit limit on our Mastercard, which was just enough to pay the legal fees to buy the store and the business cards and letterhead. That was it,” Kim Berg laughed.

When they opened the jewellery store, they couldn’t afford inventory and the couple negotiated with the former owners to have them leave inventory on consignment. They then convinced a watch company to put their watches into the store on consignment and asked a chain company to do the same. With only $150,000 of inventory, European Goldsmith was founded and John Berg began crafting rings for the Okanagan market.

“We lived on Kraft Dinner for at least a year, but it was just the two of us, so we thought, ‘We’re 26-years-old, we’ve got literally nothing to lose’. We just went for it,” recalled Kim. 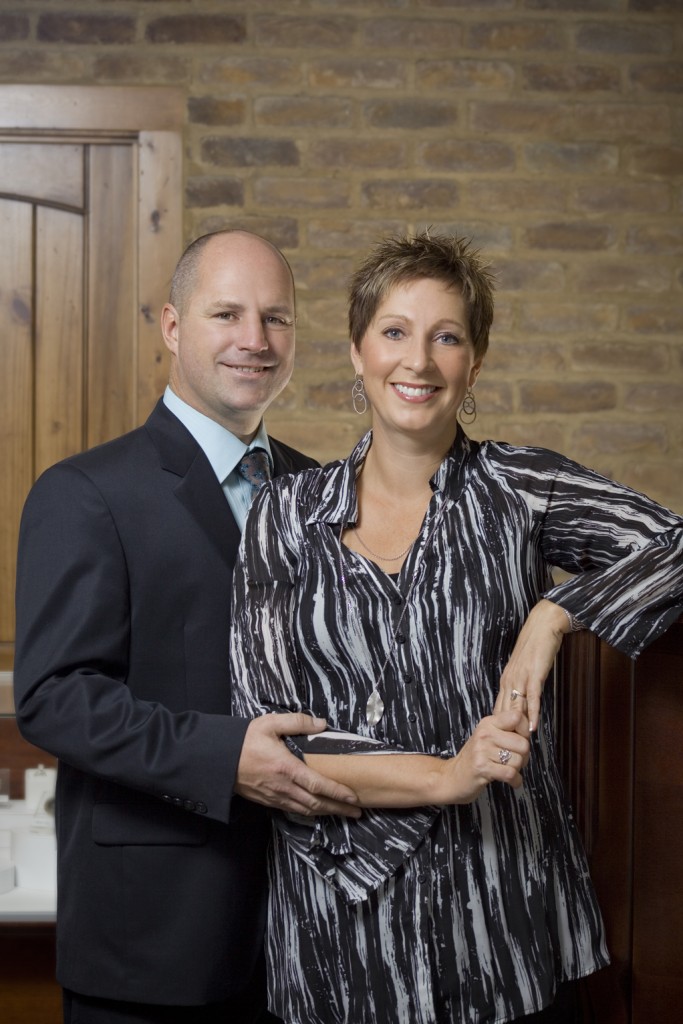 Kim and John are pictured inside their jewellery store at Orchard Park Shopping Centre.

Many custom engagement rings and a couple of children of their own later, John and Kim are celebrating European Goldsmith’s 20th anniversary. Since our doors opened in 1996, our inventory has grown from $150k to become one of the best jewellery selections in the Okanagan. Over the years, we’ve also seen the jewellery industry undergo massive shifts in everything from styles, gold colours, and most definitely the technology in how goldsmithing is crafted. 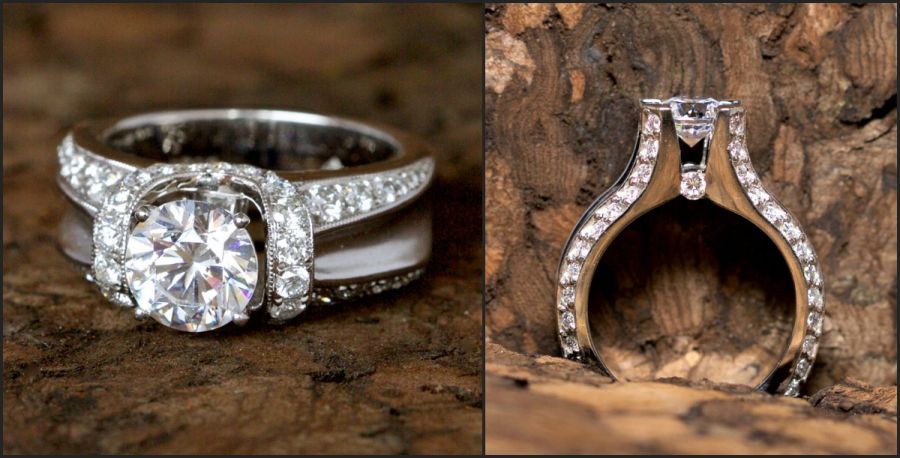 At European Goldsmith, shoppers can find an array of quality jewellery items and custom jewellery is created on-site.

“It’s been an interesting career, in terms of evolution. When I learned, everything was done by hand. All of the waxes were carved by hand, all of the sizings, everything was done by hand. These days, it’s evolved so much and although handwork is still a big part of the craft, technology has made it possible to do things I could never have done 30 years ago,” said John.

Today we use a laser welder instead of a torch and solder, but in many ways this is to the client’s advantage as repairs, sizings, and jewellery can be done with the same alloyed metal that the original piece is made of. Likewise, when John started goldsmithing as a teen, he would come up with an idea for a piece and then spend hours carving it into wax by hand. For the past ten years, John has utilized a computer to create 3D designs, which are then transferred to a 3D grower to create the mould and cast the ring. 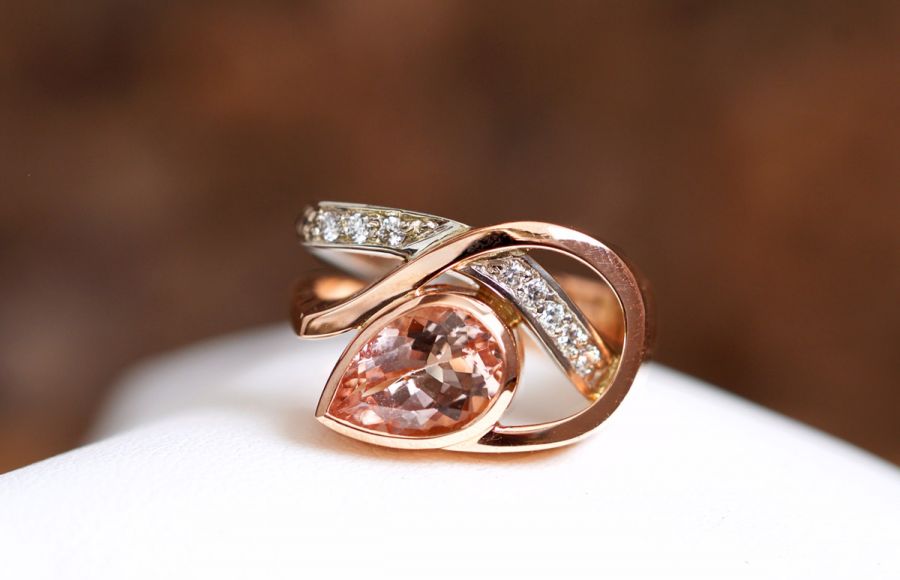 Rose gold is one of the most popular jewellery trends of late. Here John blends a unique morganite gemstone with white and rose gold.

John says that, although new technology has removed the old art from jewellery making, it does allow him to be more creative and his dexterity is still necessary, particularly when it comes to setting gemstones. But despite the advances, the goldsmith maintains that creating custom jewellery is still fun, just in a different way.

“I still get excited when I’m done the ring and it gets presented to the customer,” smiled John. “Once I’m done with the piece, I steam it so that there are no fingerprints on it and the customer gets to touch it. That’s a joy that I still have; that I present it in a perfect, pristine way.”

Customers who are seeking a unique experience may be surprised to learn that custom jewellery can be very cost effective. At European Goldsmith, a simple wedding band to fit an engagement ring starts at just $1195, while most custom engagement ring designs start at $1295, not including the gemstone. According to John, custom jewellery really shines once you get to the $1700 mark. It’s in this price range that the cost of custom equals the cost of purchasing a ring off the sales floor, and with an average turnaround time of two weeks, you don’t have to wait for your dream ring either. 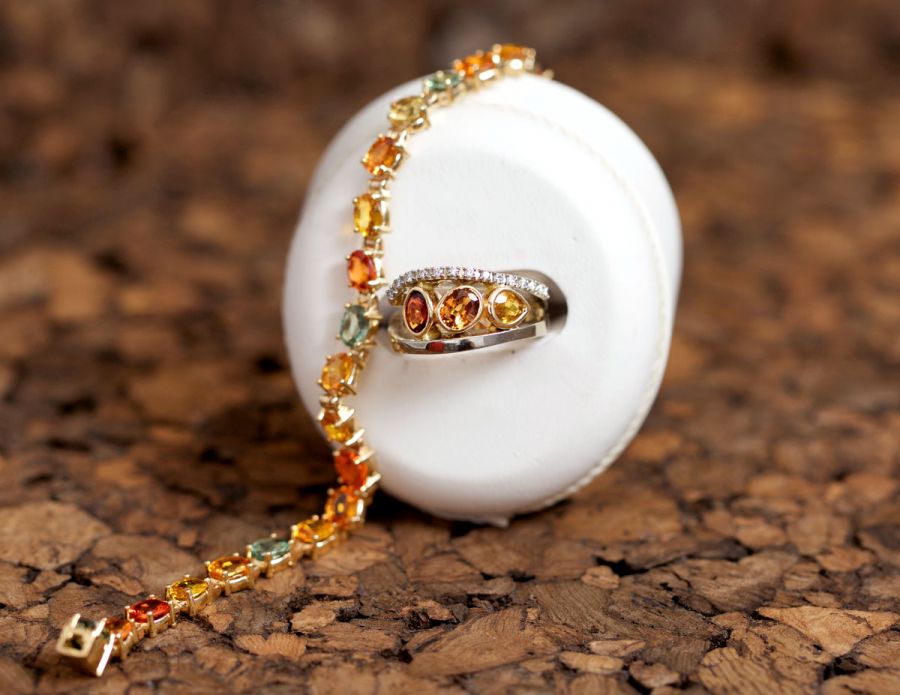 John Berg’s goldsmithing continues to evolve as he works with customers on creating custom jewellery pieces with a variety of gemstones and metals.

For Kim, the positive nature of the business is her favourite part of operating European Goldsmith, as jewellery almost always accompanies a happy occasion like weddings, engagements, anniversaries and birthdays. With 95% of purchases being gifts for loved ones, the staff at the Kelowna jewellery store often get to share the happy moments and milestones in their customer’s lives.

“We’ve even witnessed more than a few proposals, right in the store, usually without a dry eye in the house!” Kim exclaimed.

“You get to be part of something that’s pretty significant. Our clients are wonderful and once they’ve entrusted us with something so significant, we’re as much a part of their family as they are part of our family. That’s a big thing for our team.”