This past spring we ran a contest, ‘Design a Diamond Dream’, to celebrate the 20th anniversary of European Goldsmith.

Hundreds of people entered and one lucky person won a spectacularly sparkly prize consisting of:

A couple of months ago, the time came to draw the name out of the digital hat and when we called Nikki Tresierra to tell her about her win, she was overjoyed, to say the least! Not long after, Nikki and her boyfriend Jay came in to meet with us and it we decided that we would apply their original prize win to something very special… Their engagement ring! 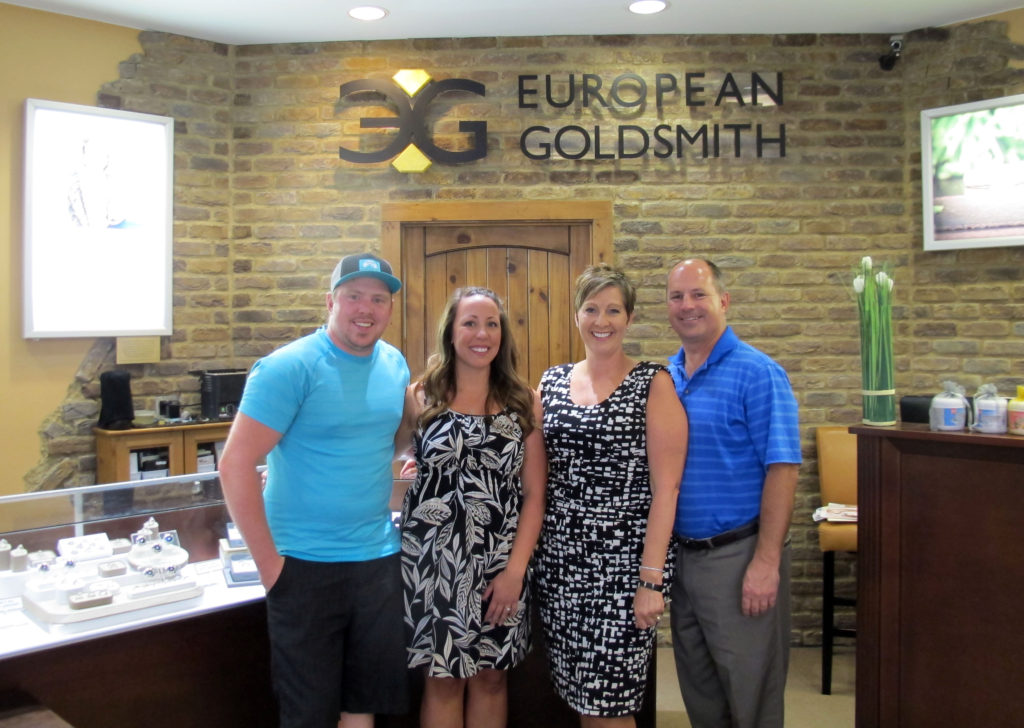 Nikki and Jay grew up in Golden and met in grade eight. They dated off and on over the years but finally made it stick six years ago. At that point, Nikki was living in Kelowna and Jay was back home in Golden, but the high school sweethearts made their long-distance relationship work for four years before Jay moved to the Okanagan to be with Nikki.

When we met with Nikki and Jay, they already had some pretty strong ideas about what they wanted the engagement ring to look like. 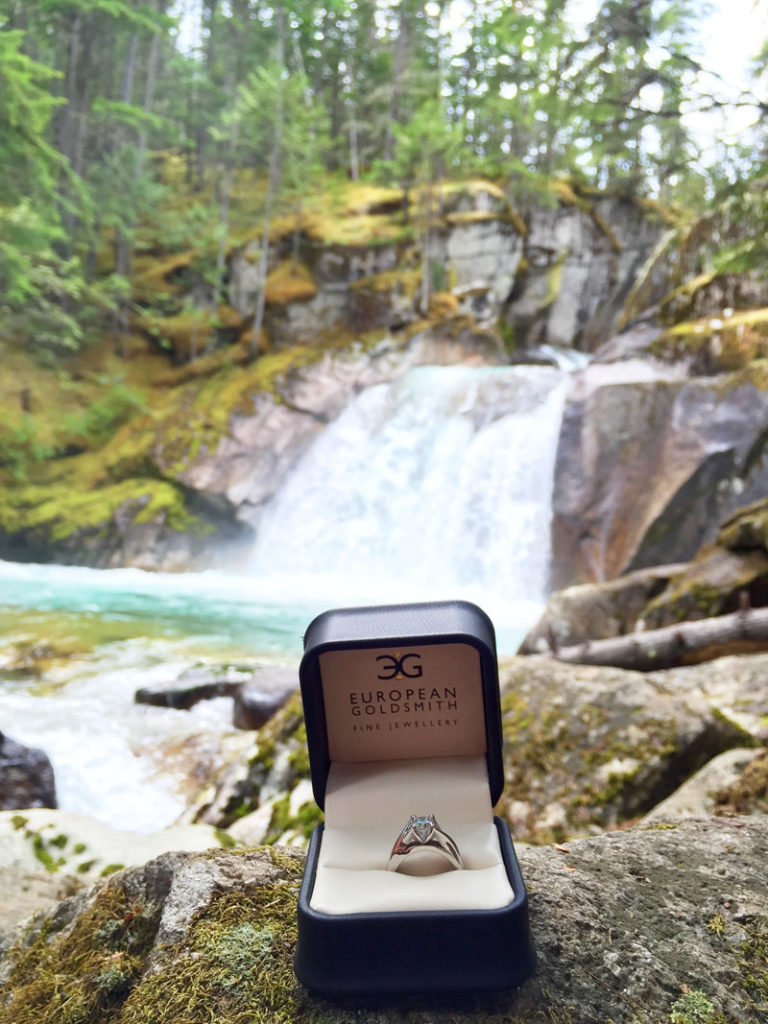 “I always kind of liked a bit of a split shank, but once I tried them on, I realized that wasn’t quite right,” said Nikki. “Jay has always told me that it was going to be princess cut, no matter what, and a solitaire. So that was all him!”

Jay agreed, saying, “I just like the old-school look of the classic solitaire. We can always get a band one day to go with it.” 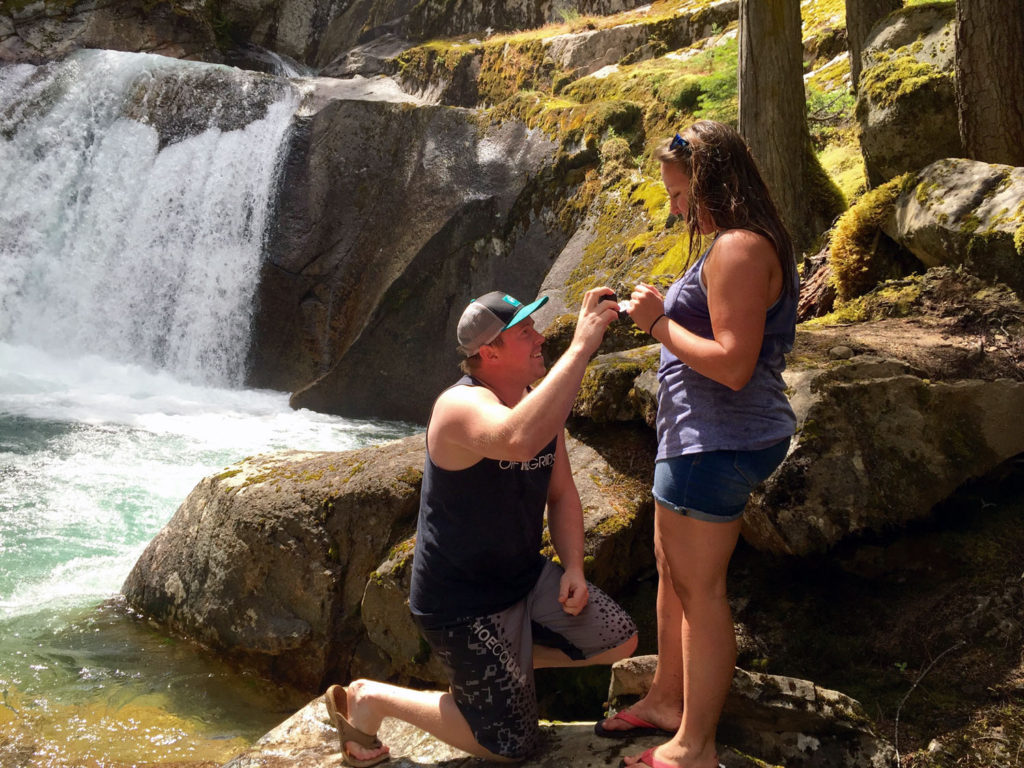 It took just two tries to get the design right and thanks to the wax mold, Nikki was able to envision her dream ring right away. After the design was settled on, Nikki stepped out of the picture so that Jay could complete the design and choose the perfect diamond.

John and Kim walked the couple through the ins and outs of purchasing a diamond, explaining the 4C’s and comparing the diamonds side by side so that Jay and Nikki could see the differences for themselves. Jay is the kind of guy who likes to have the best of the best and he wanted the diamond to be perfect for Nikki. Ultimately, he opted for a beautiful Forevermark diamond.

“Comparing Forevermark to the other diamond, the Forevermark just looked that much better. And that’s why we invested in that,” explained Jay.

Jay proposed to Nikki a couple of weeks ago at Nemo Creek Falls in New Denver and the couple is getting married this October in Golden, BC. Congratulations!